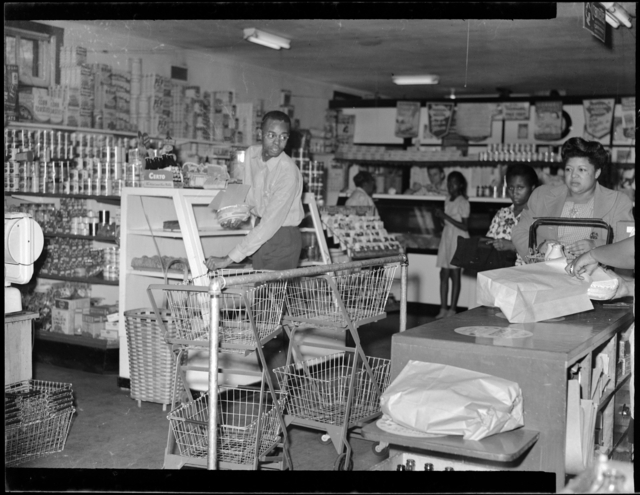 Rondo Neighborhood was always a diverse area, by the 1950’s predominantly African-American.

Above photo shows the view of Rondo Avenue, circa 1900. The image was taken by Delia Elizabeth Chaney from Josiah B. Chaney’s residence on 604 Rondo Avenue.

What happened to Rondo Ave. ?

In 1956, the Federal Aid Highway Act of 1956 was created, as there was more automobiles on the road. In Saint Paul, there were a few options for adding the I-94: one route was more norther route along the rail tracks, a different route was a more central option – running through Rondo Avenue.

The more central route was chosen & by that decision the Rondo Avenue neighborhood was displaced. More than 80% of Saint Paul’s lived in are surrounding Rondo Ave neighborhood’s & when I-95 was completed, over 600 African-American families were displaced. Not to mention all the business and institutions that also lost their place.

In 2016 a formal apology was given formally by MNDOT Commissioner Charlie Zelle and St. Paul Mayor Chris Coleman. The Rondo Commemorative Plaza was installed in 2016 on Old Rondo Avenue , now is Concordia Avenue, & just west of North Fisk Street to commemorate the Rondo community.

To celebrate the past community, every July Saint Paul holds Rondo Days & if you are in the area – check it out!

For more information on Rondo Avenue, highly encourage you to click over to the website Rondo Days – a wealth of information!

Have a suggestions you want us to cover – leave a comment below! Remember if you know someone who may enjoy this post – Sharing is caring!